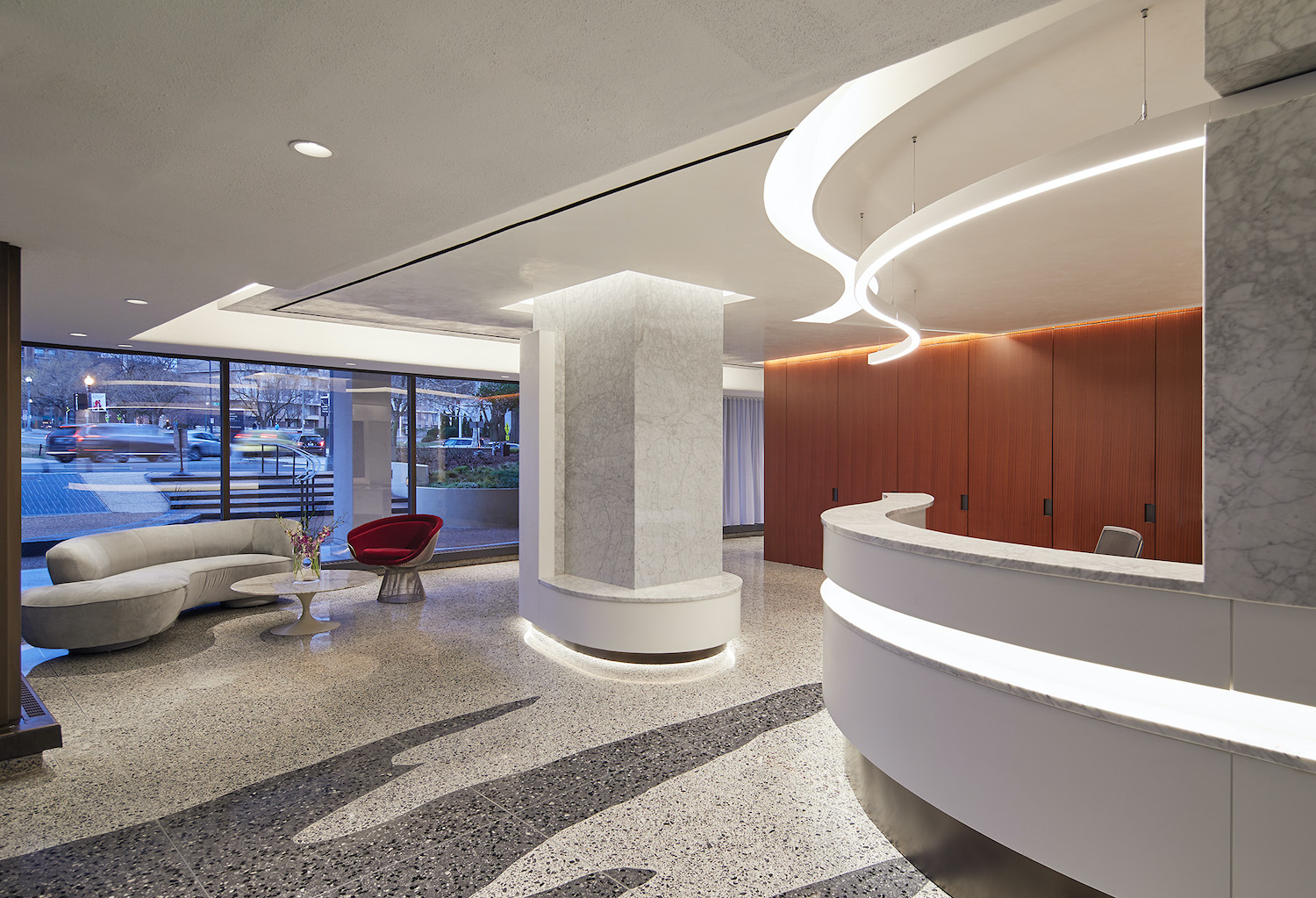 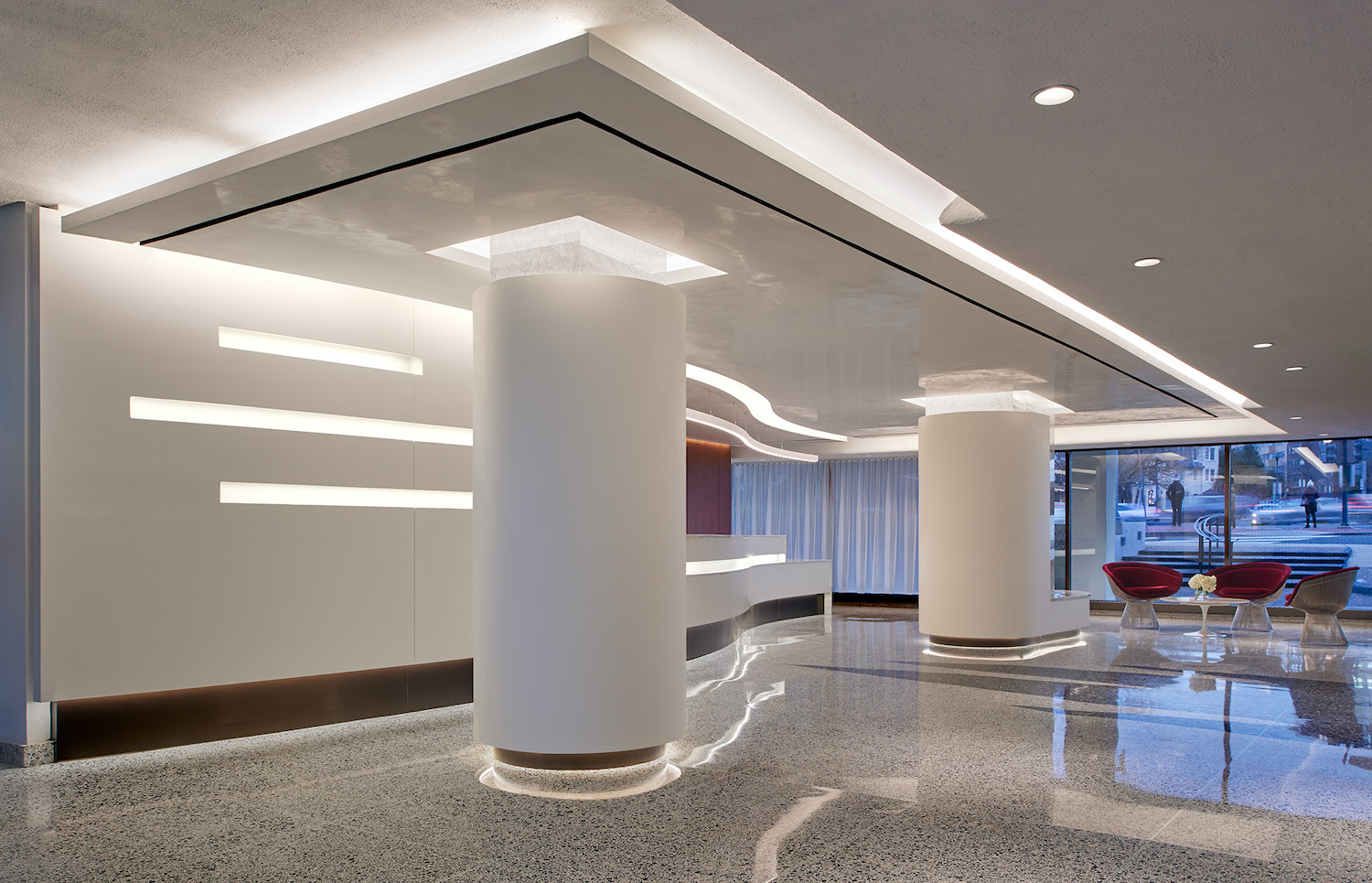 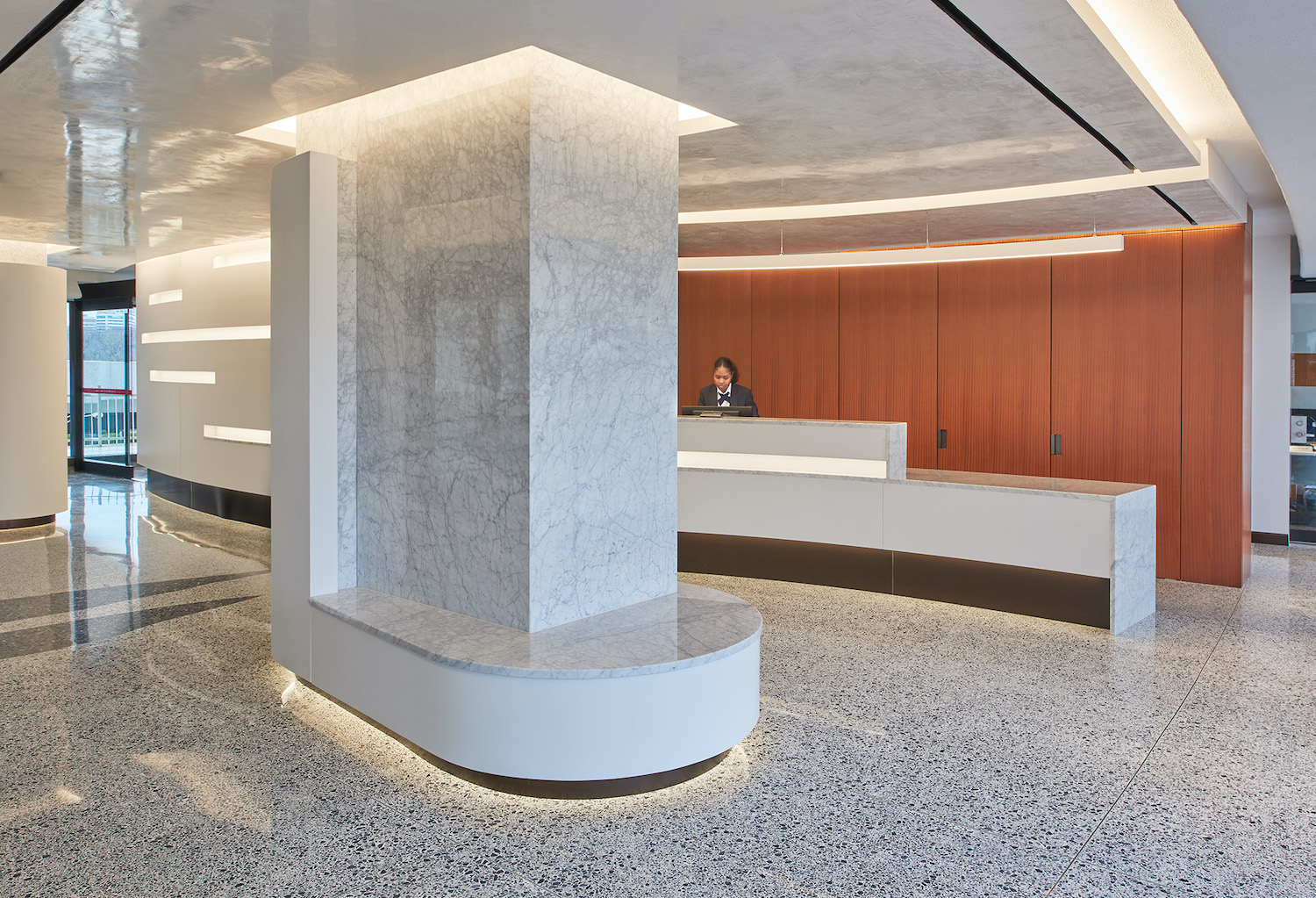 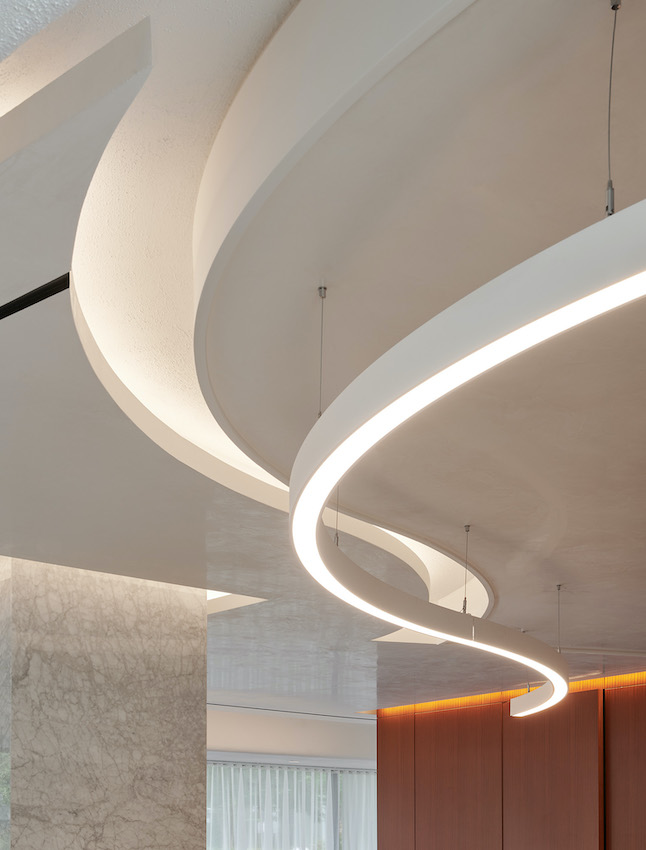 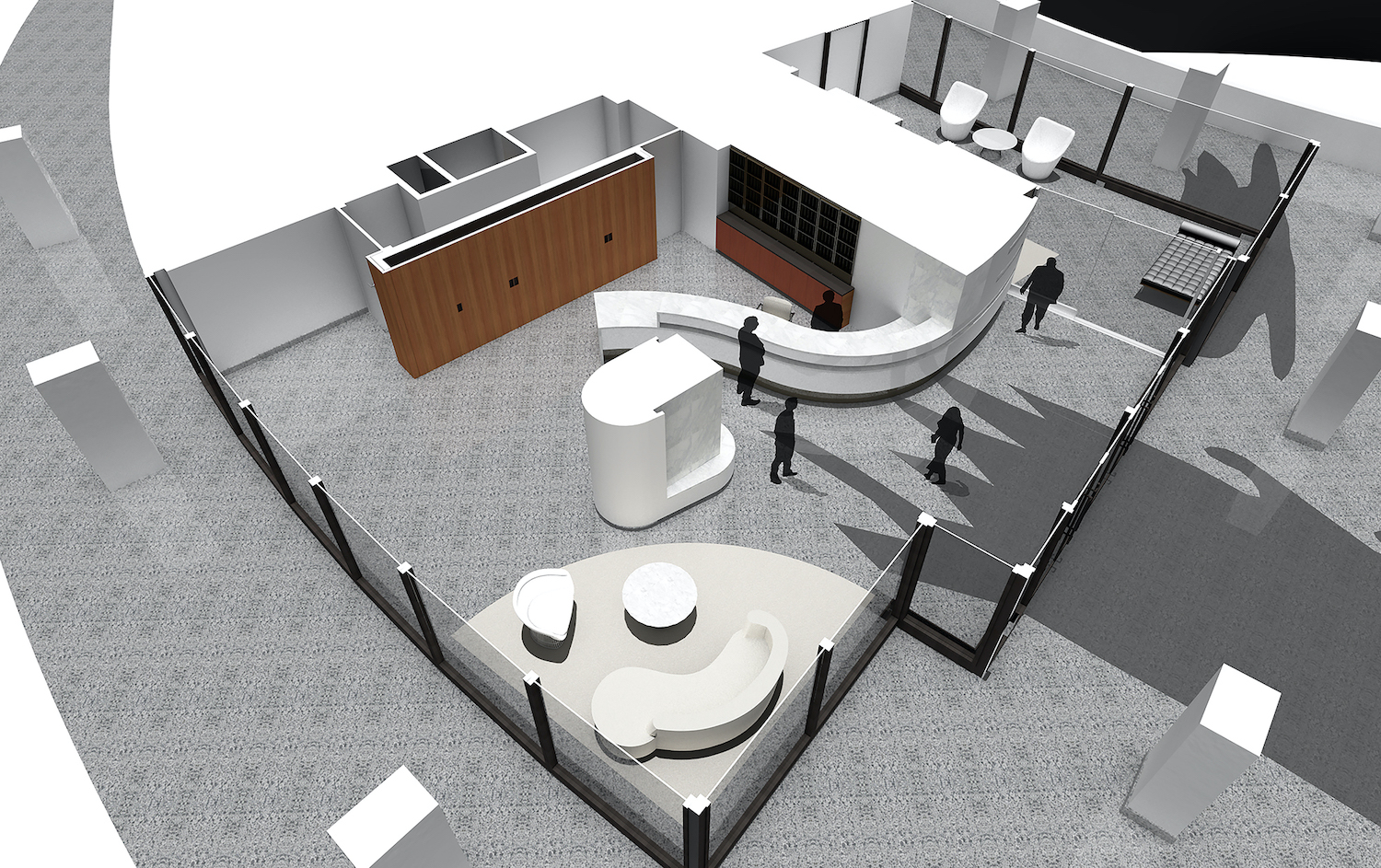 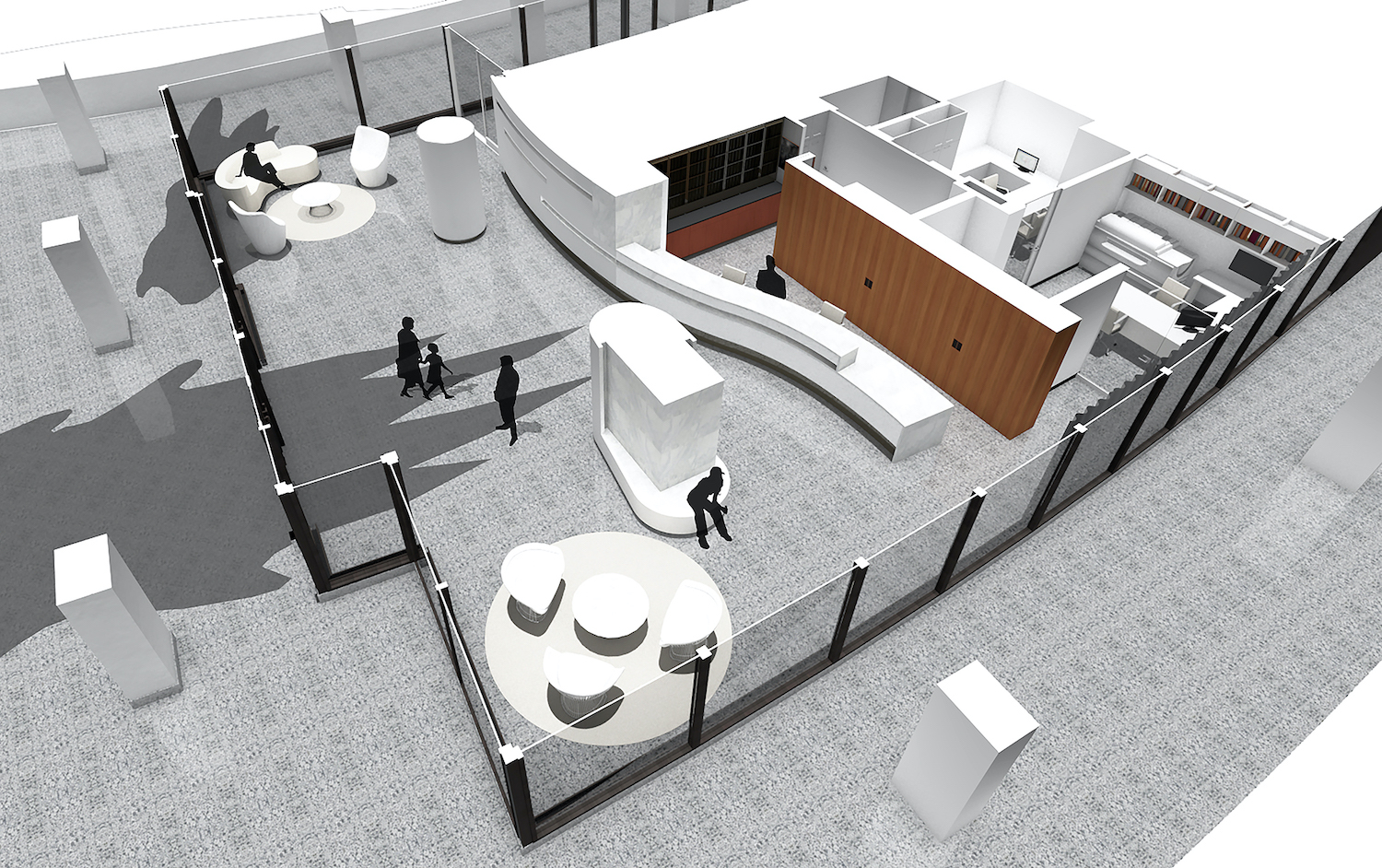 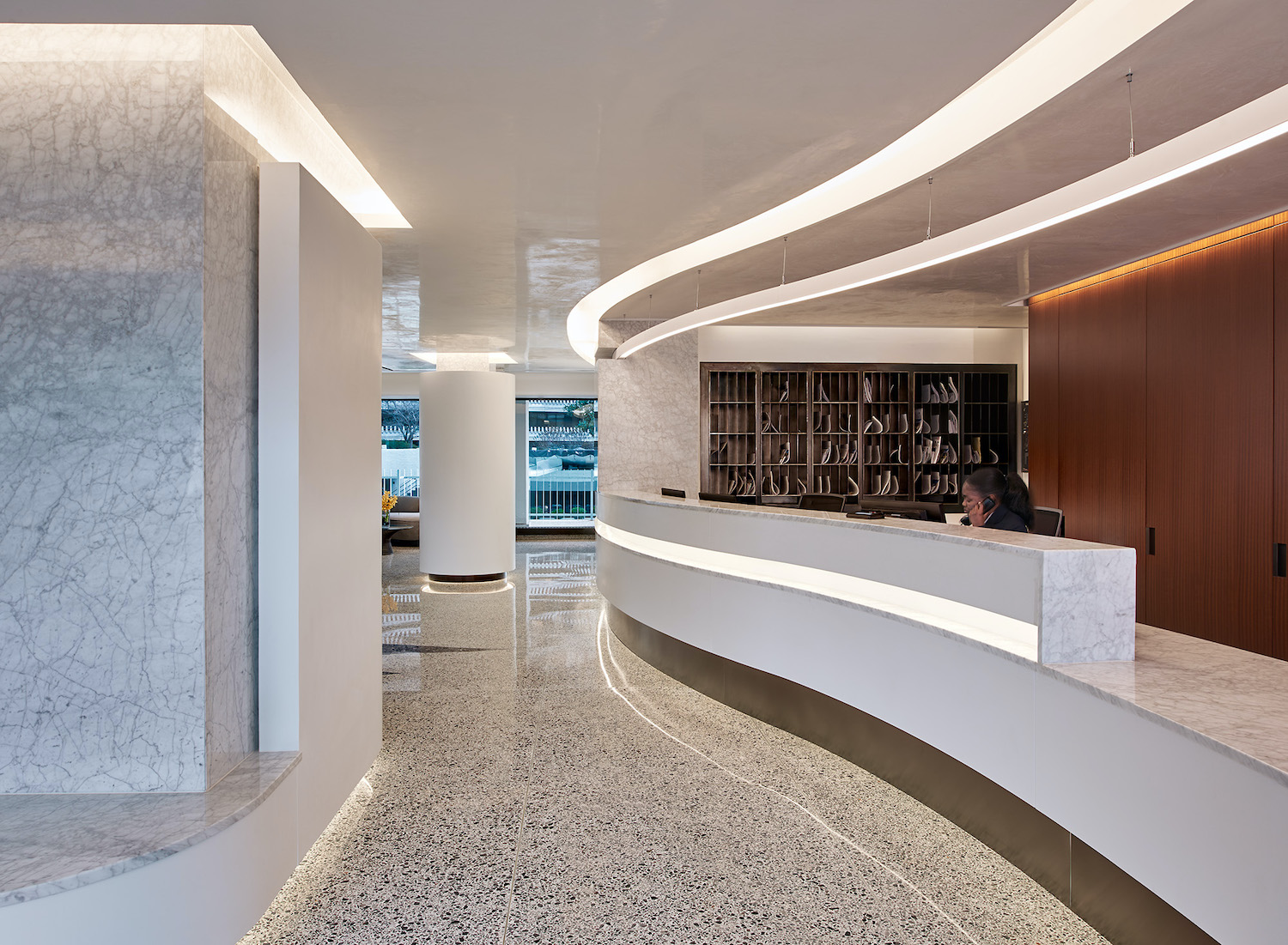 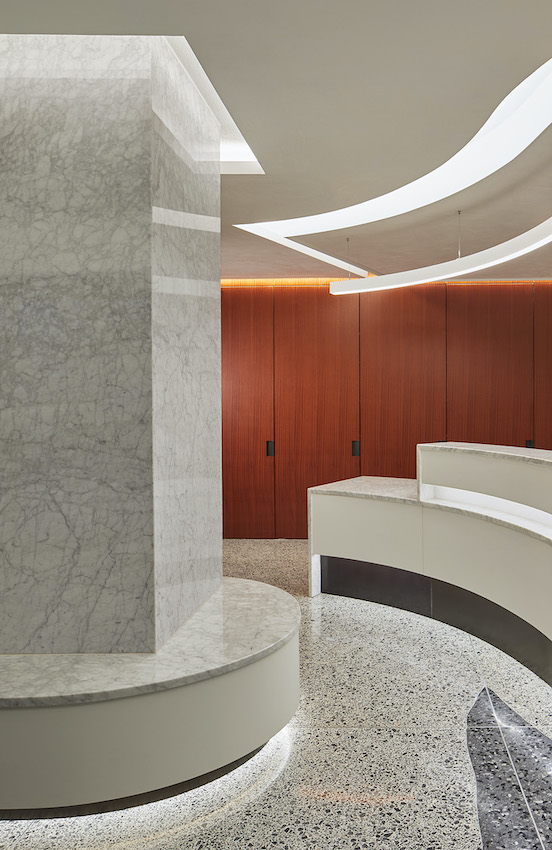 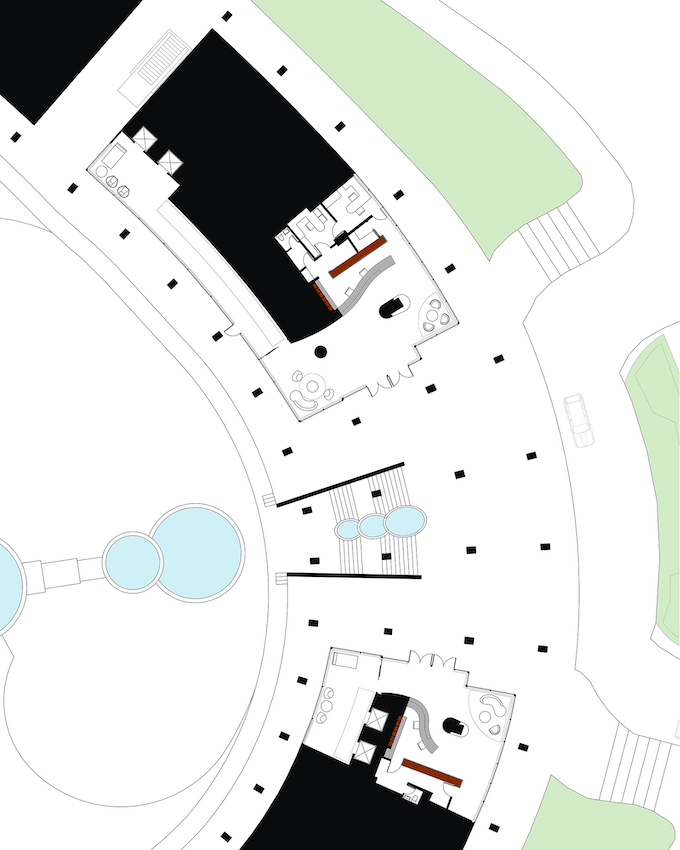 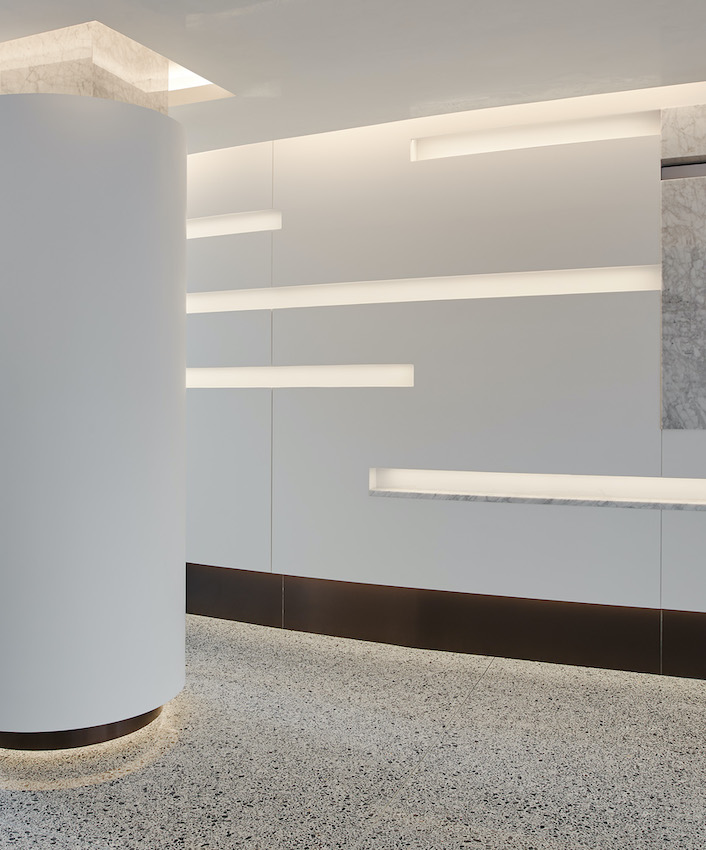 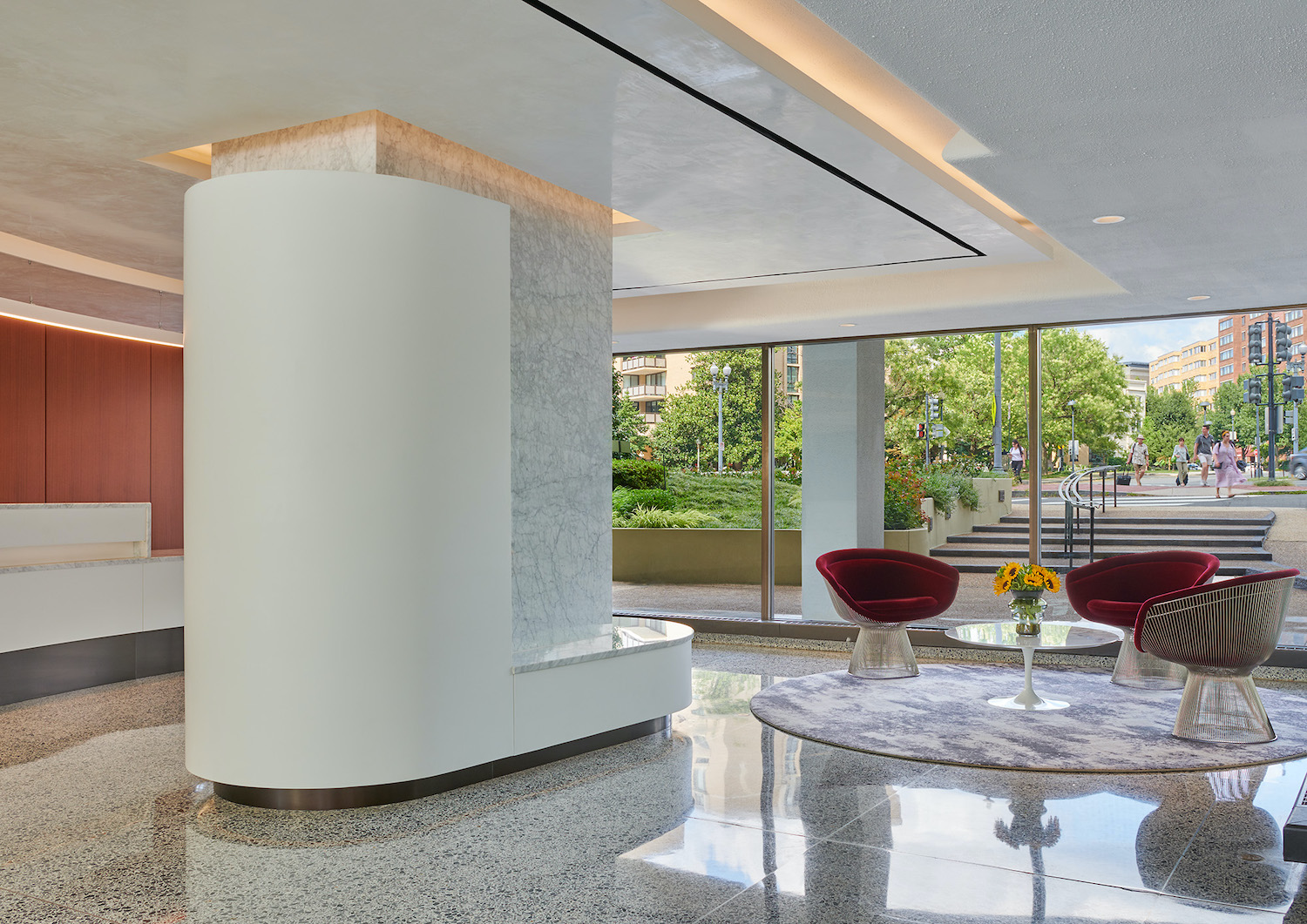 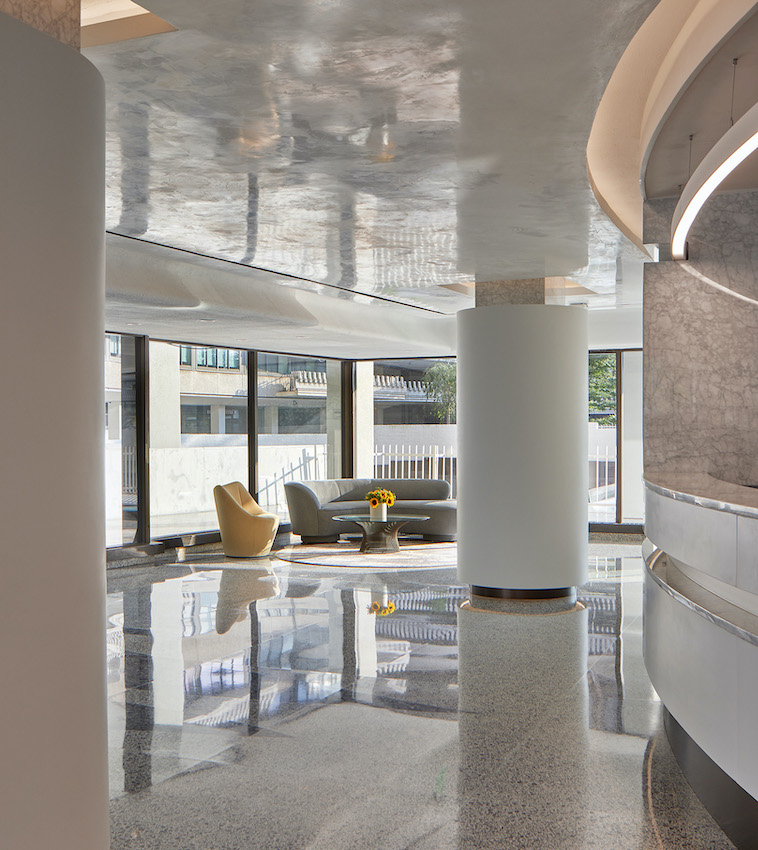 Designed by noted post-war Italian architect Luigi Moretti, the Watergate Complex design began in 1960 and construction was completed in 1971. The first building, Watergate East, was formally dedicated in October 1965.

The complex was one of Washington’s most iconic addresses even before the notorious events around the 1972 break-in; at its opening, Watergate East became the most sought-after residential location in the city.

Sited on a prominent bend in the Potomac River, the curvilinear geometry of the building takes as much from the natural river and shoreline landscape as it does from L’Enfant’s classic plan for the city.

The six building/six owner, mixed-use complex has three residential buildings, each with their own lobbies. We were asked to renovate the public spaces of Watergate East, a co-op with split lobbies on Virginia Avenue that flank and bookend the main entry to the site and center public courtyard.

Multiple renovations of both lobbies had occured in the years since Moretti’s work was completed. We sought to reconnect the lobbies to the exterior of the buildings through geometry, materials and lighting, and to bring them back to the spirit of the original detail.

The surviving original Moretti details were preserved and in some cases extended, while new detailing involves materials, fabrication and technology that would not have been available to Moretti in 1966, but which he certainly would have embraced.

Other earlier details that were typical of the available technology of the time, such as prominent ceiling HVAC diffusers and clumsy lighting fixtures, were replaced with modern discreet elements allowing the new curvilinear surfaces a more seamless appearance.

Accommodations of other needs not known in Moretti’s time, such as whole rooms for storage of Amazon deliveries and current technology for office and security staff, were also incorporated.

These two important lobbies that flank the main entrance to the complex once again are an extension of the fluid architectural language Moretti planned almost 60 years ago.