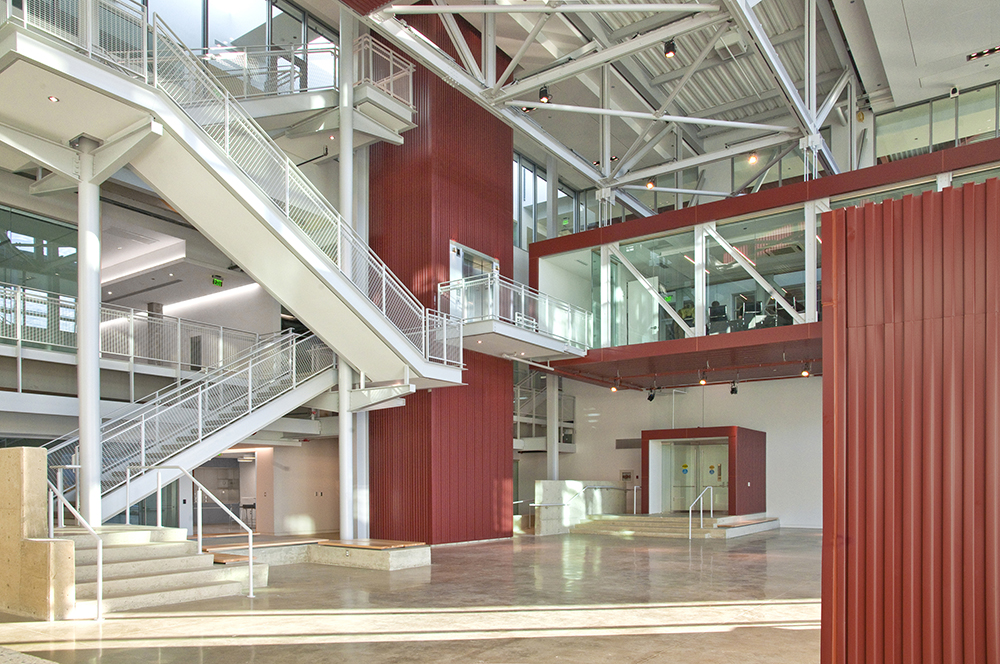 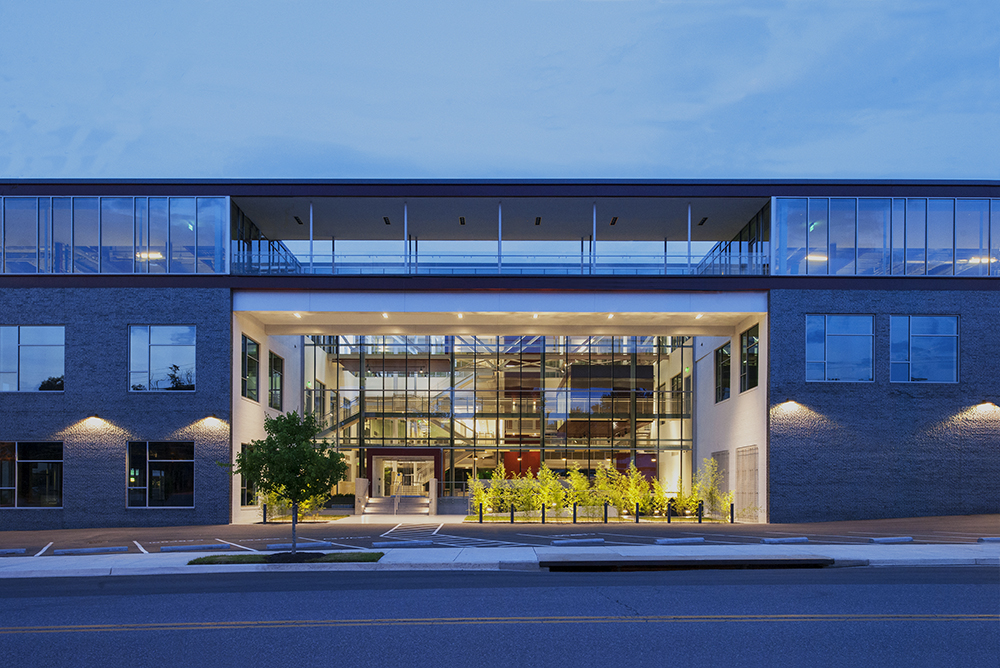 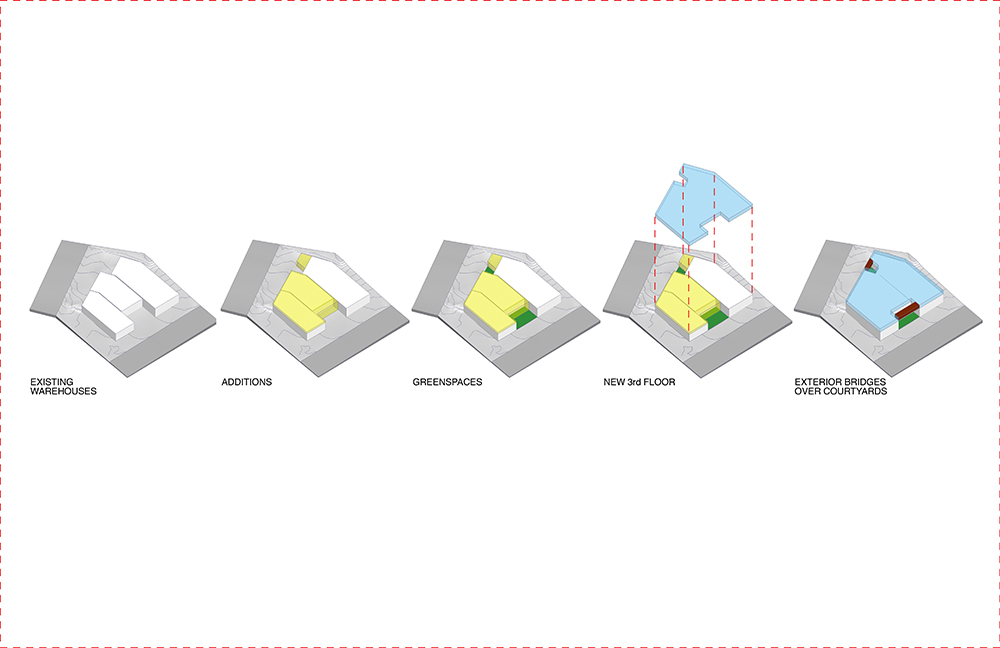 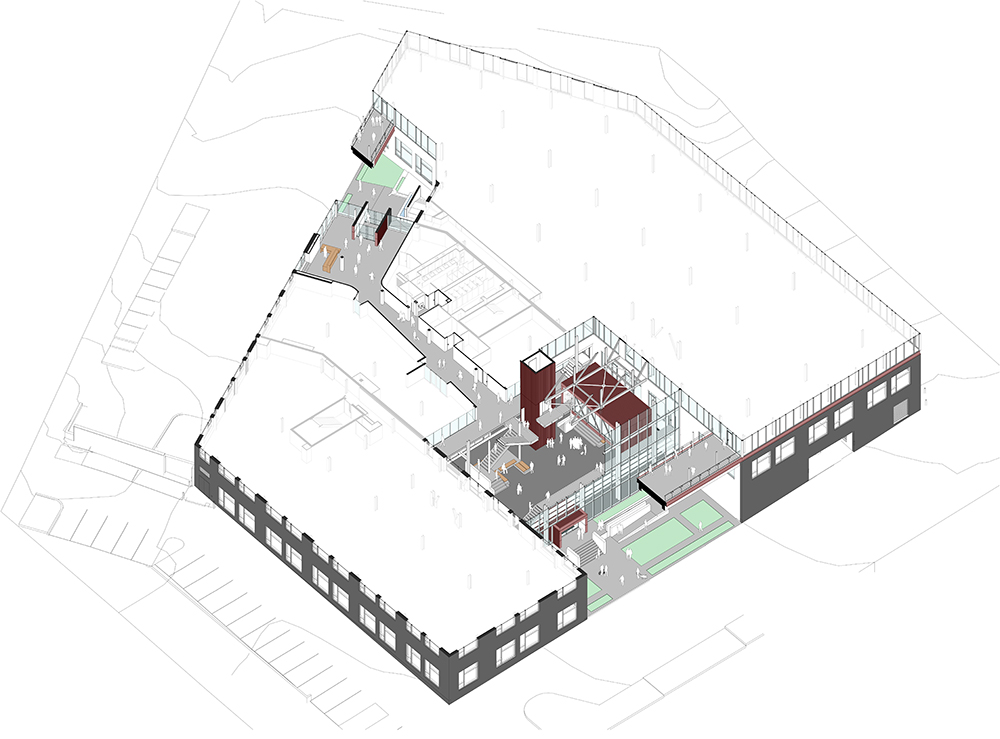 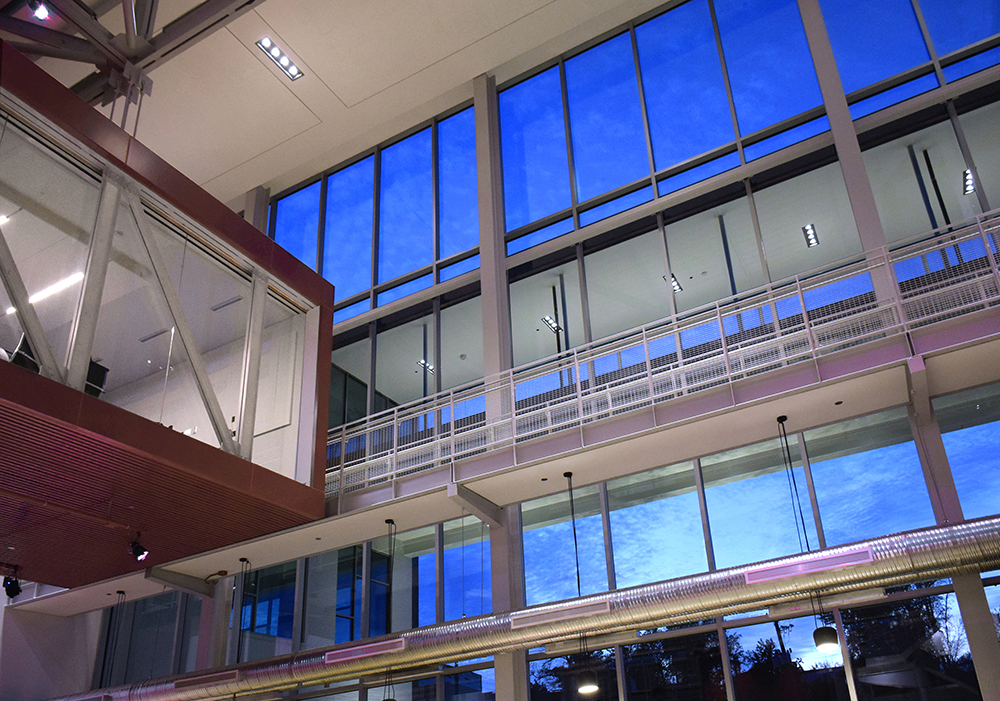 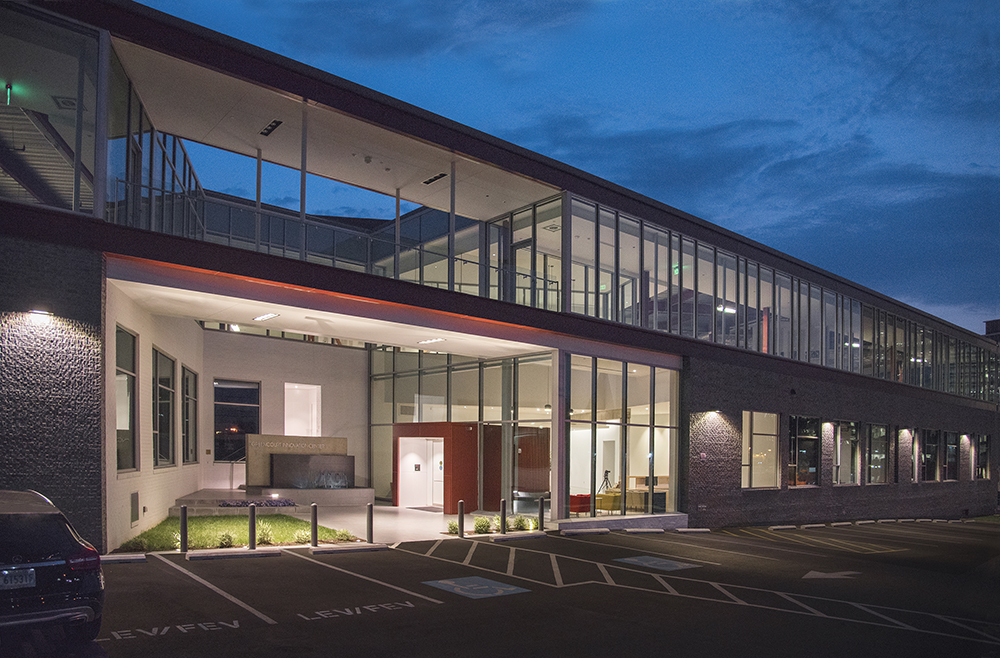 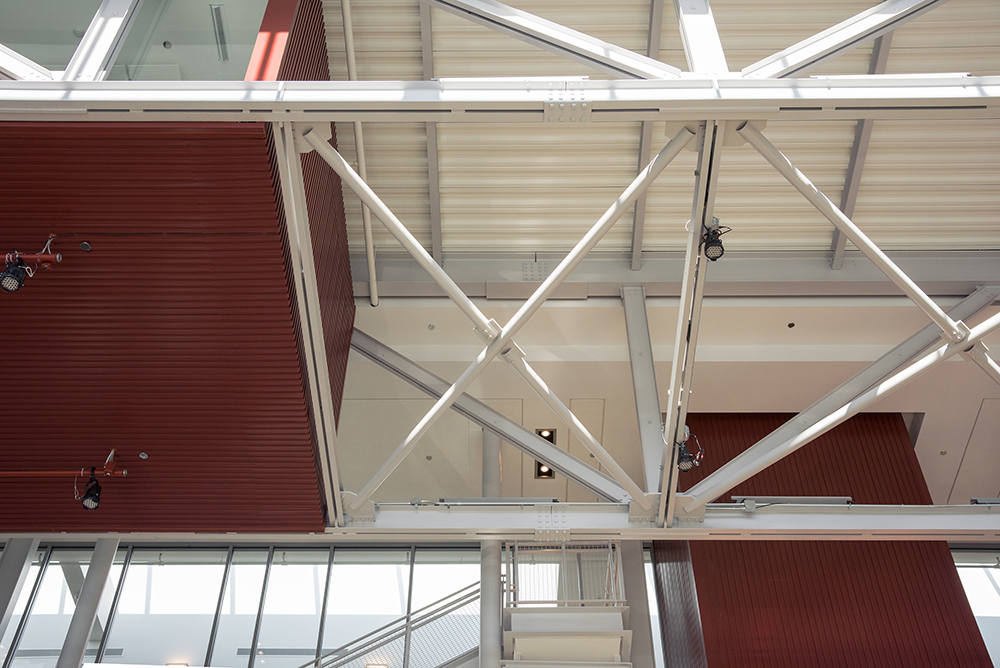 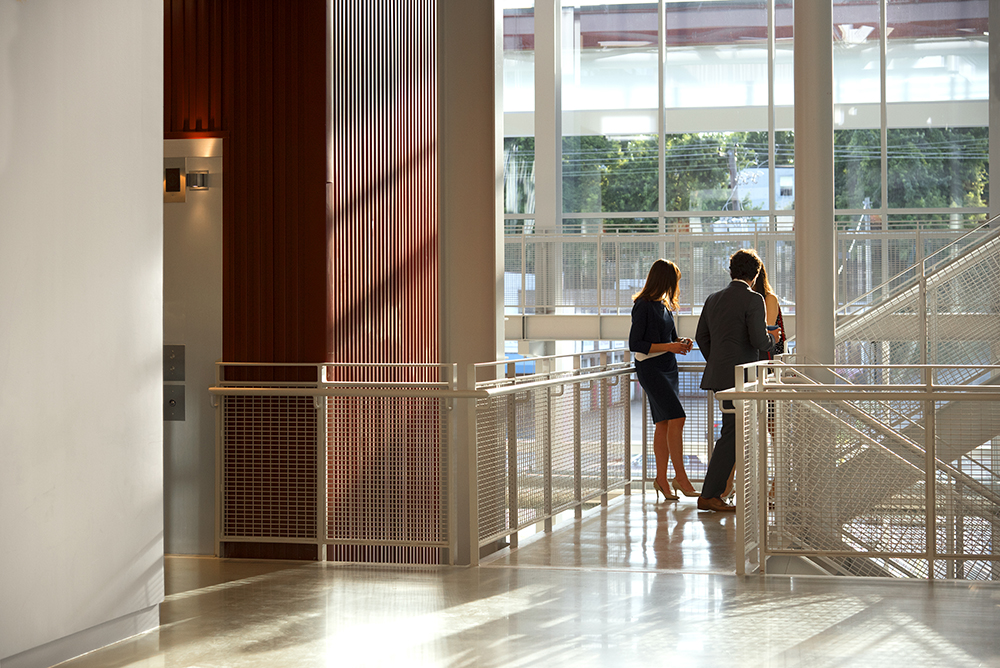 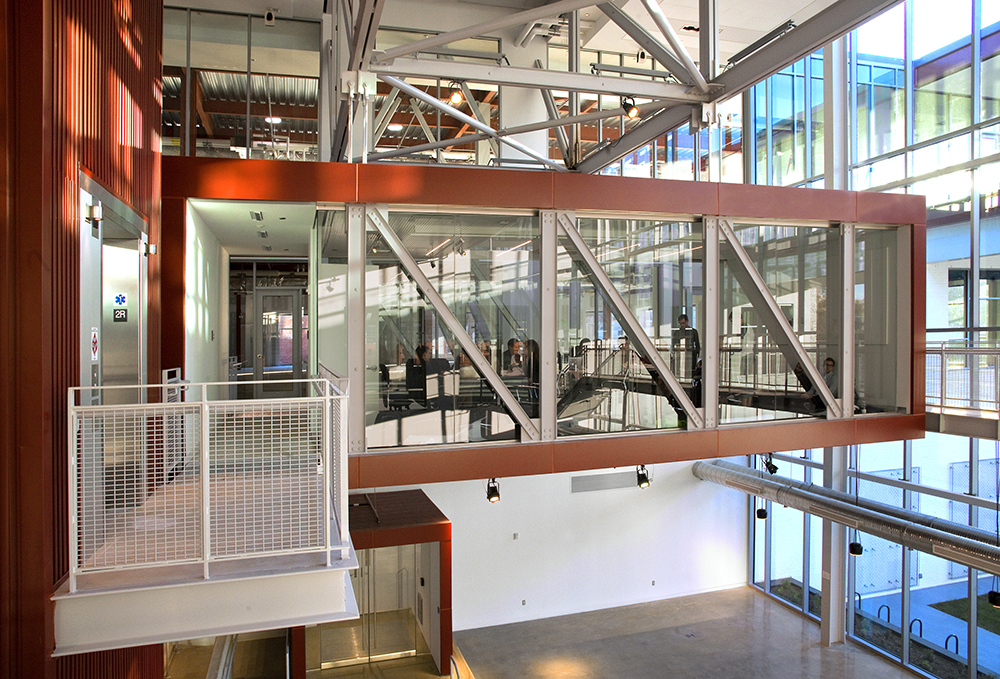 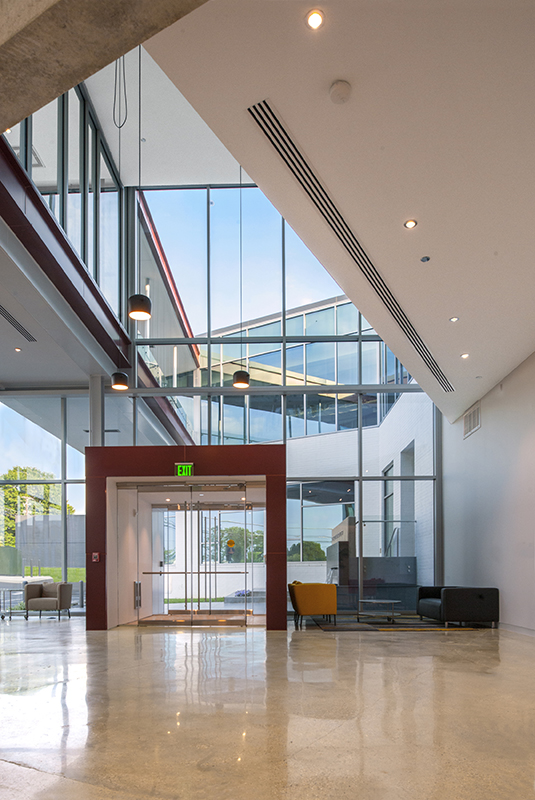 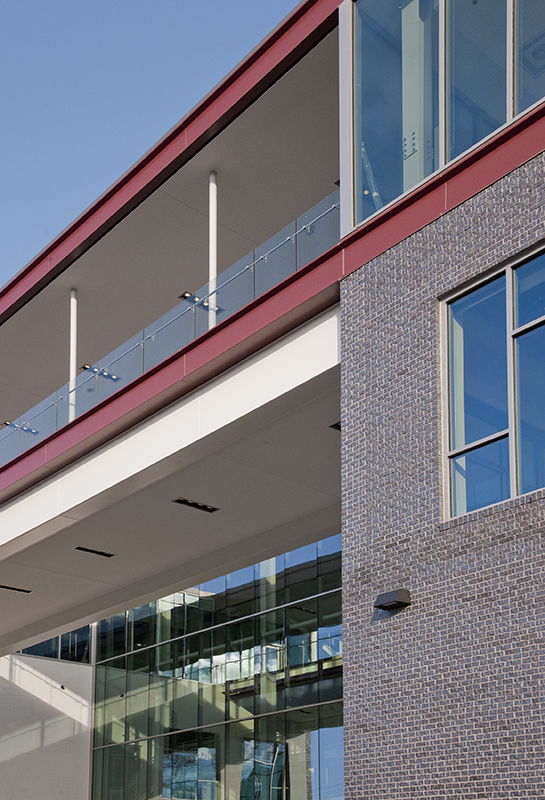 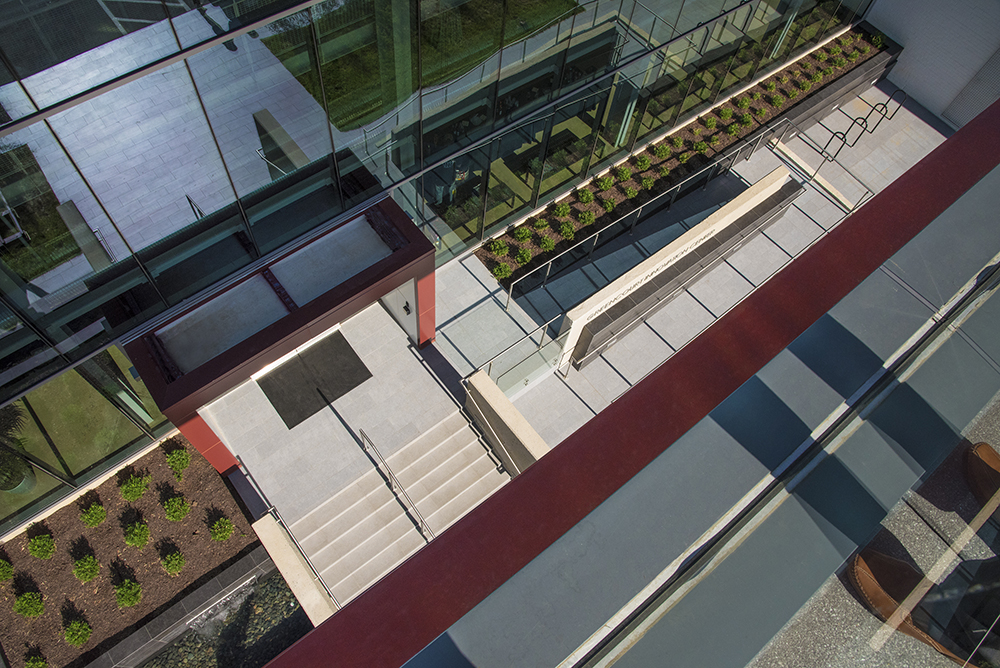 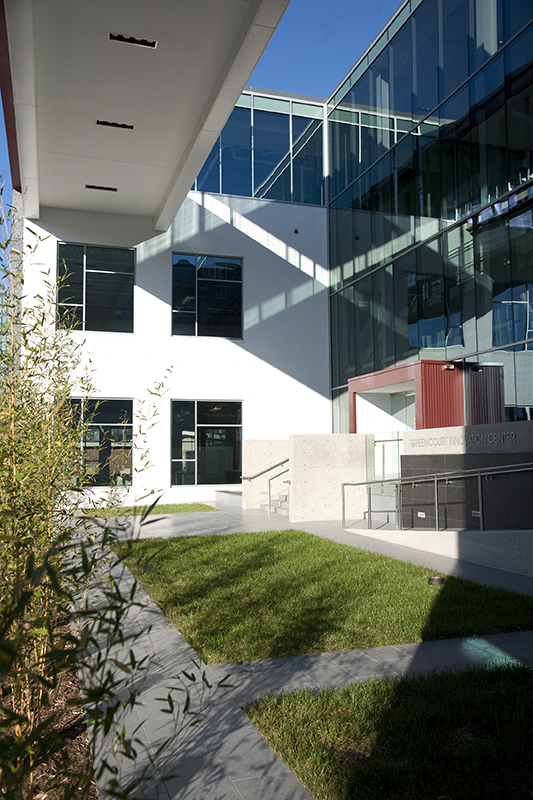 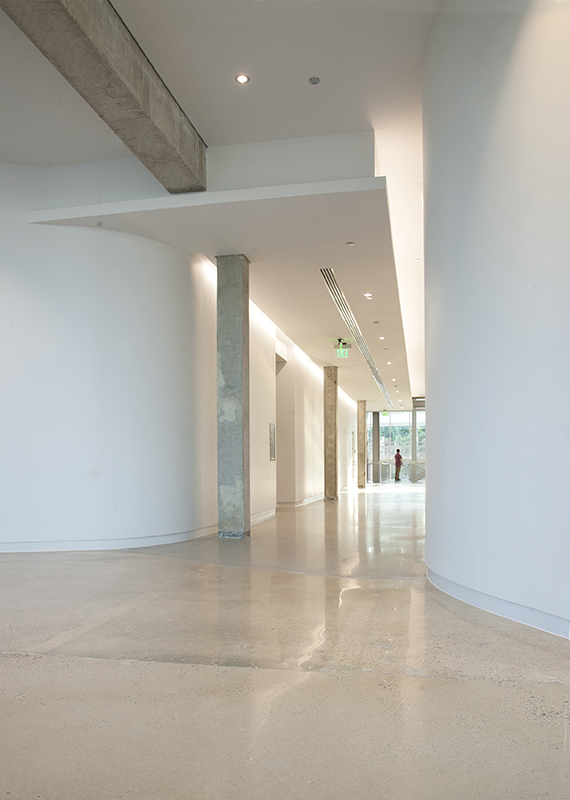 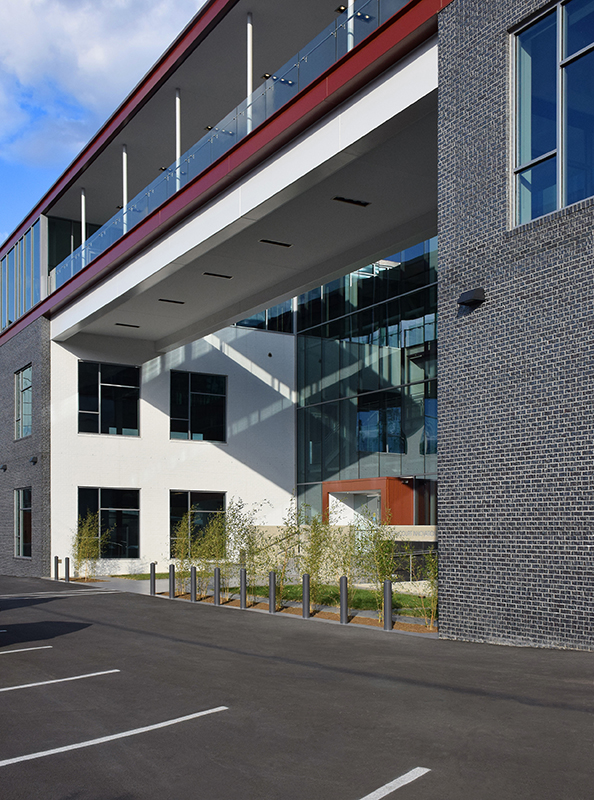 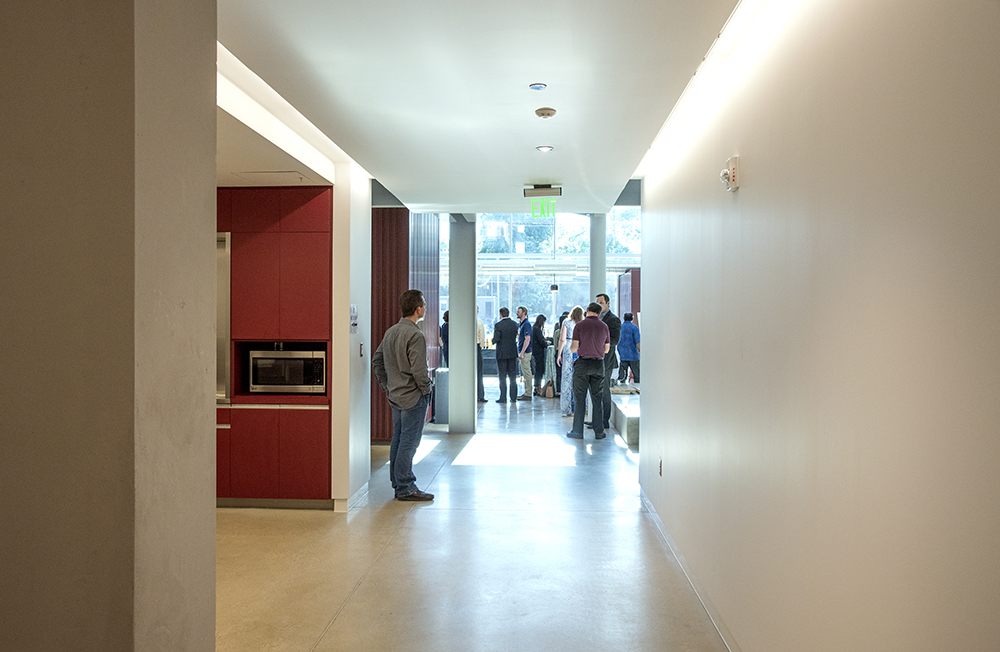 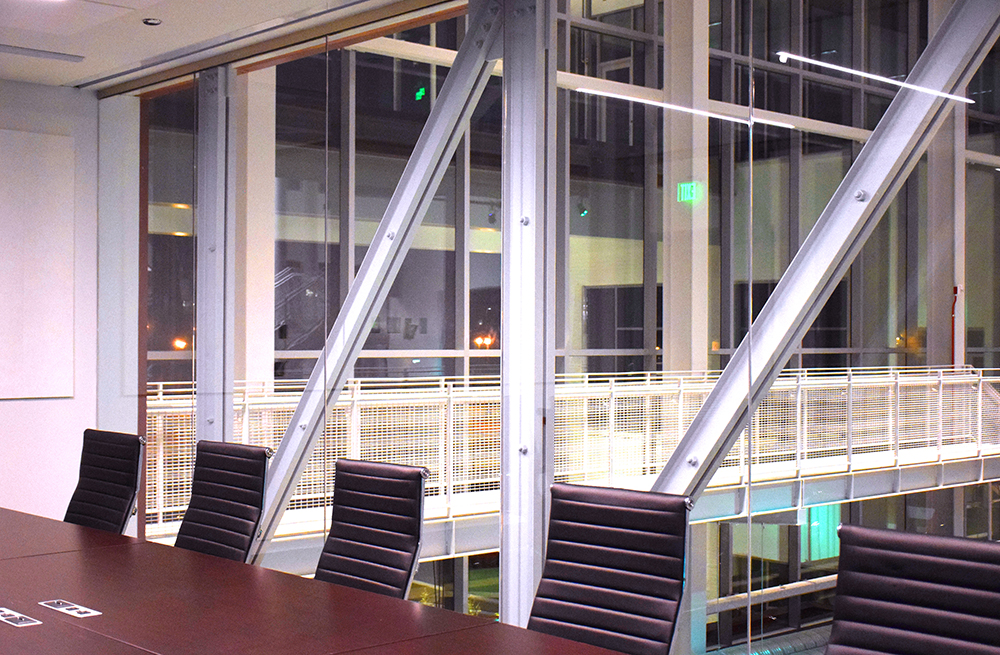 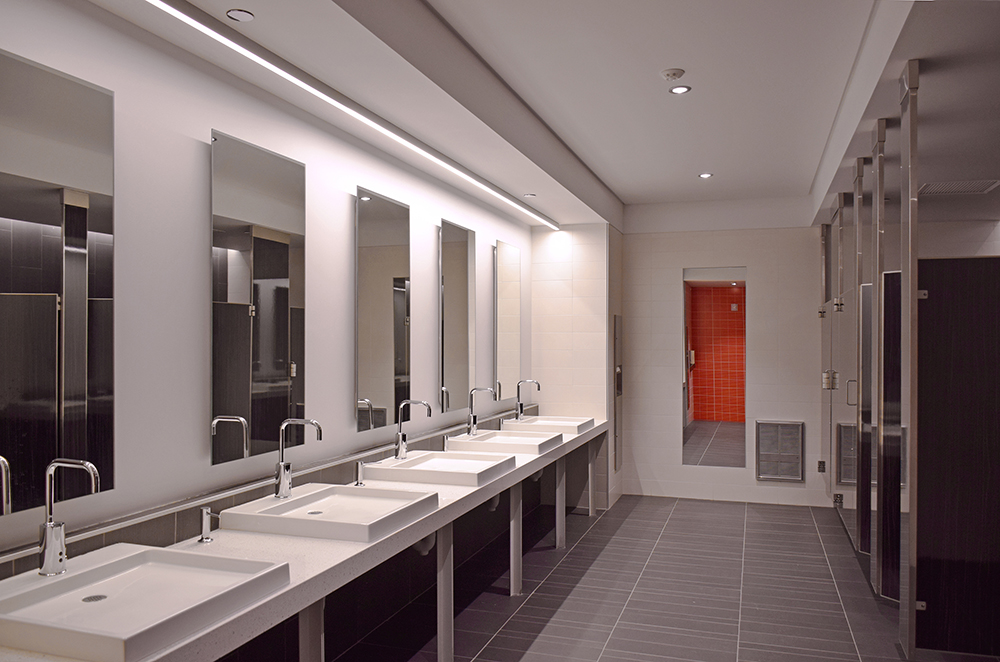 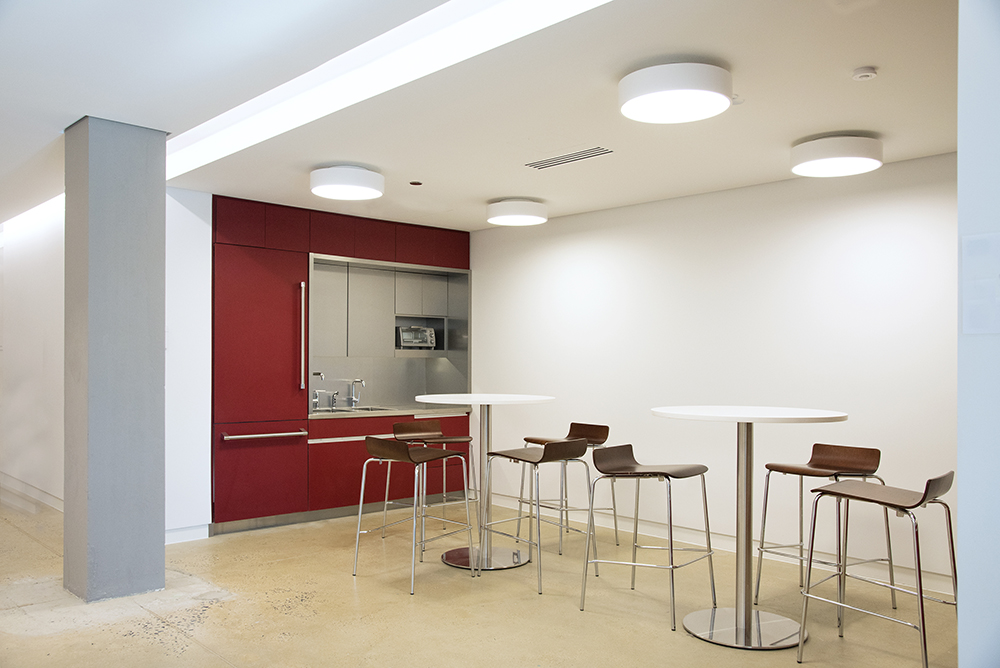 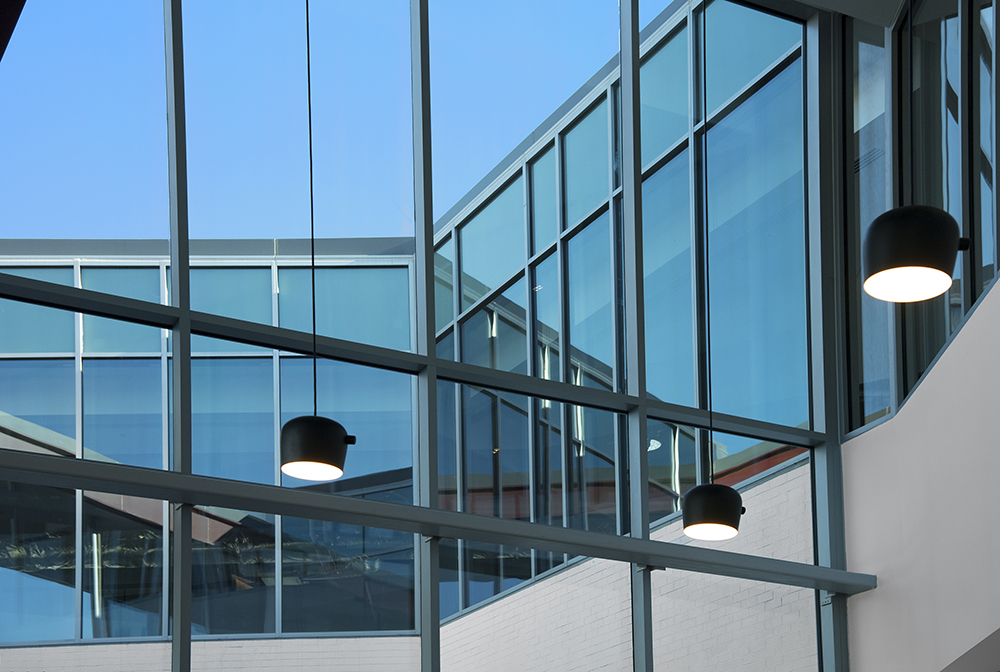 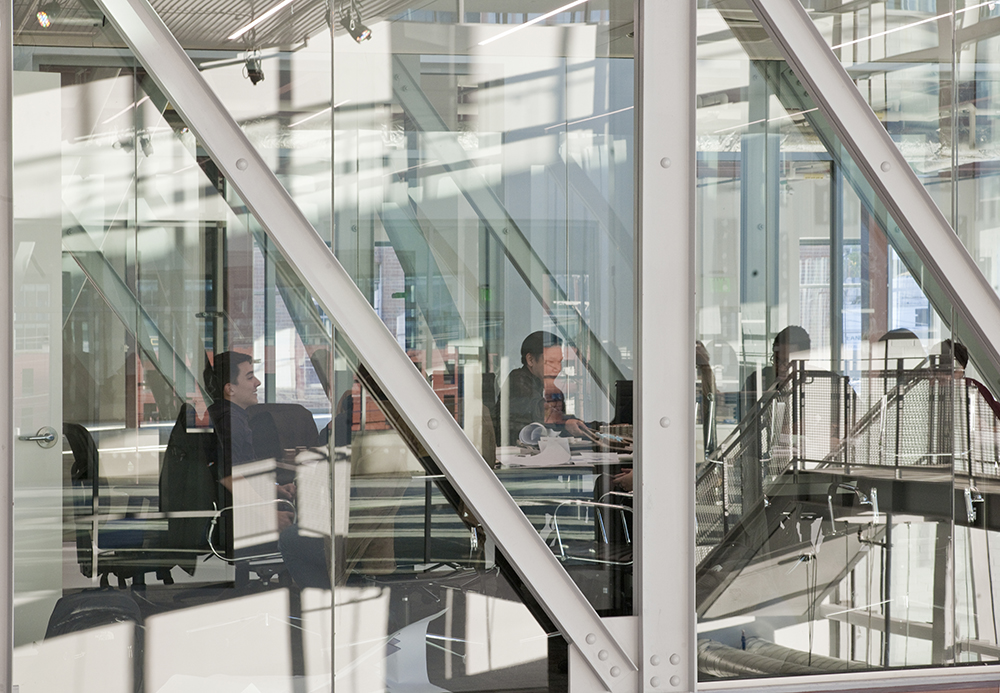 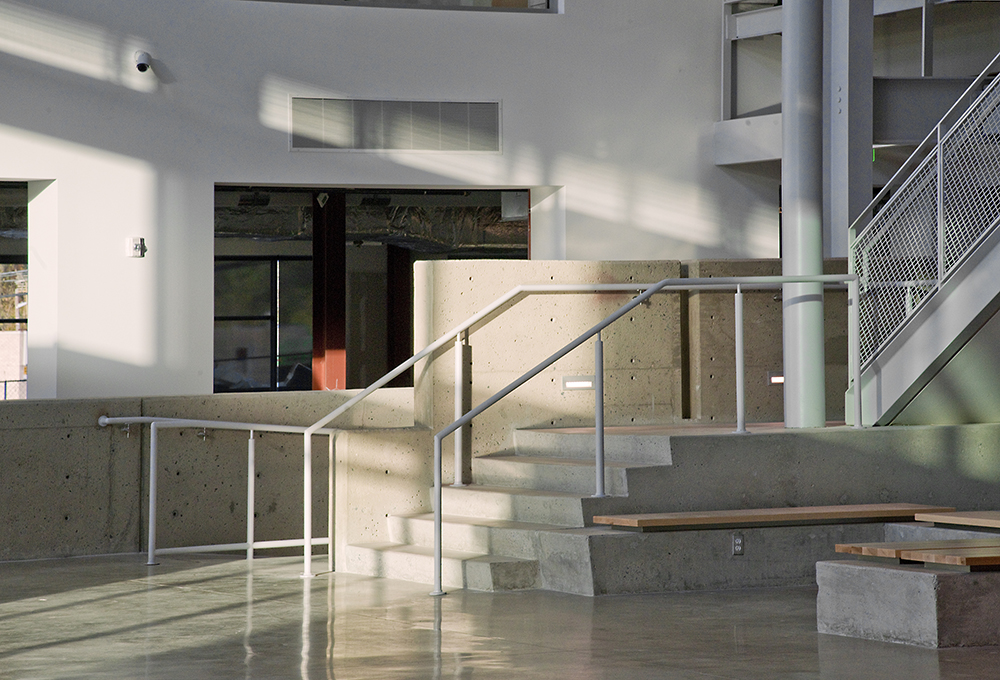 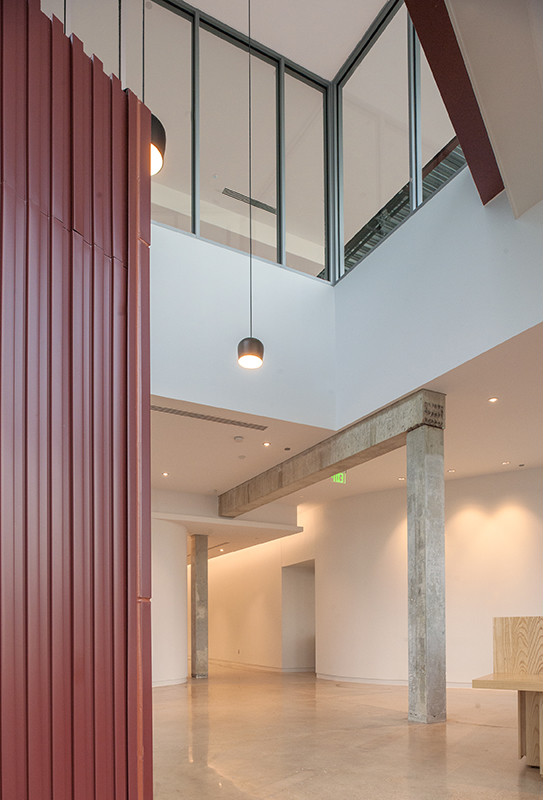 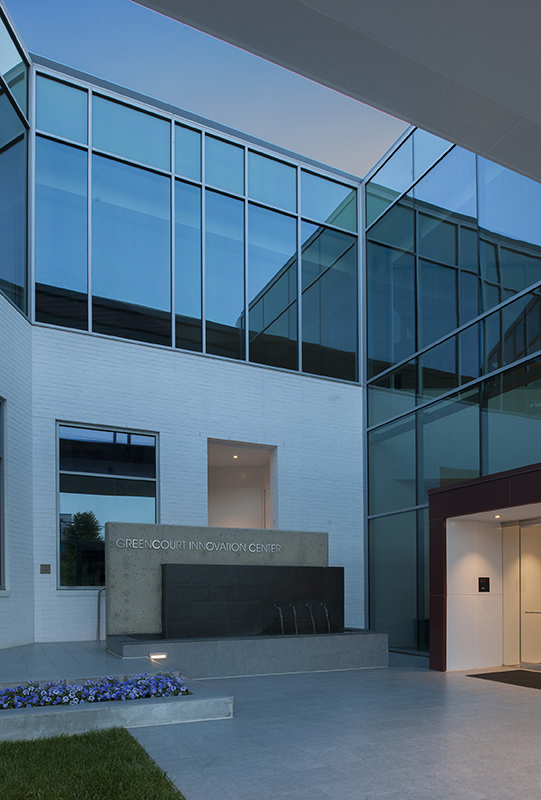 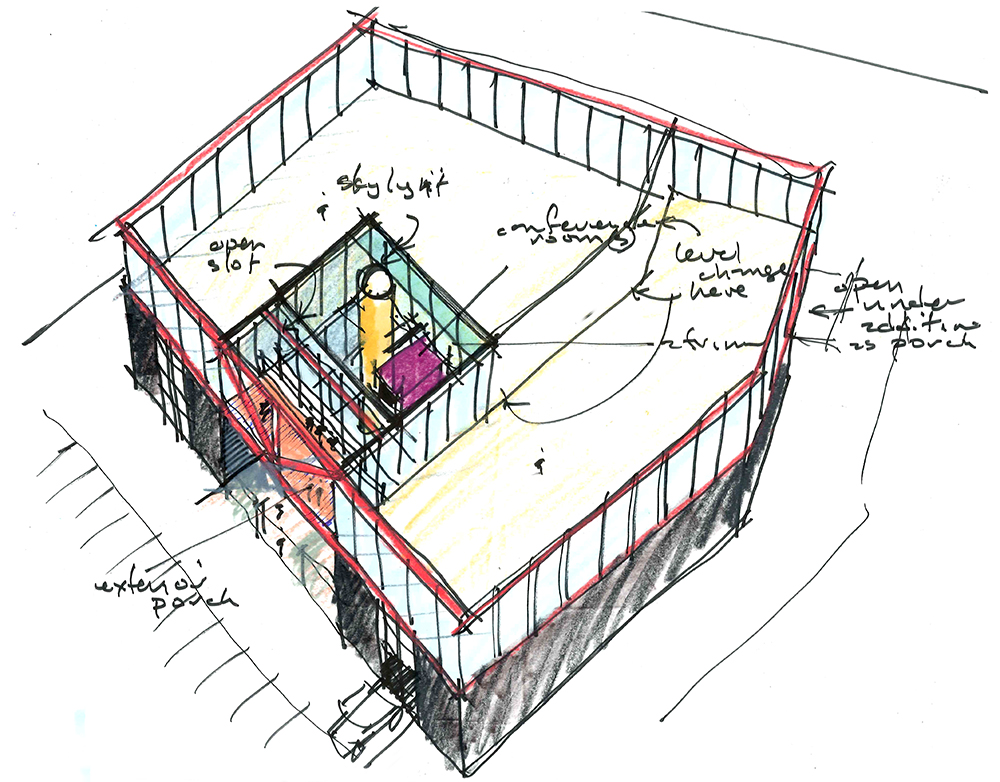 The Greencourt Innovation Center is intended to be a catalyst in the redevelopment of an existing warehouse district in Rockville Maryland, guided by Montgomery County’s Twinbrook Sector Plan, which identifies the area as a new technology hub for the County.  The project has received  LEED Gold certification. Key sustainable features include the significant reuse of existing structures, the walkability to nearby metro and alternate transportation measures, optimized energy performance, and a 20,000 sq ft vegetated roof.

Three existing warehouses built sequentially in the 1960’s have been modified and added to, creating an environment for innovation in technology.  The existing masonry and precast concrete structures have been retained, revealed and highlighted, and supplemented with a new exposed steel-framed third floor.

The site is a through-block parcel, fronting on two streets, and drops in elevation across the site by one full story, from a courtyard and lobby on the east side to the larger court and lobby on the west side. A slot through the building connects both lobbies, and open vertical circulation further supports interaction among the building’s tenants. Within the larger lobby, the elevator, a major stair and two suspended conference rooms energize the space with visible activity.

In its role as a catalyst for the redeveloping neighborhood, the building strikes a balance between recalling the past of the warehouse district and looking forward to a new future of technology and innovation.