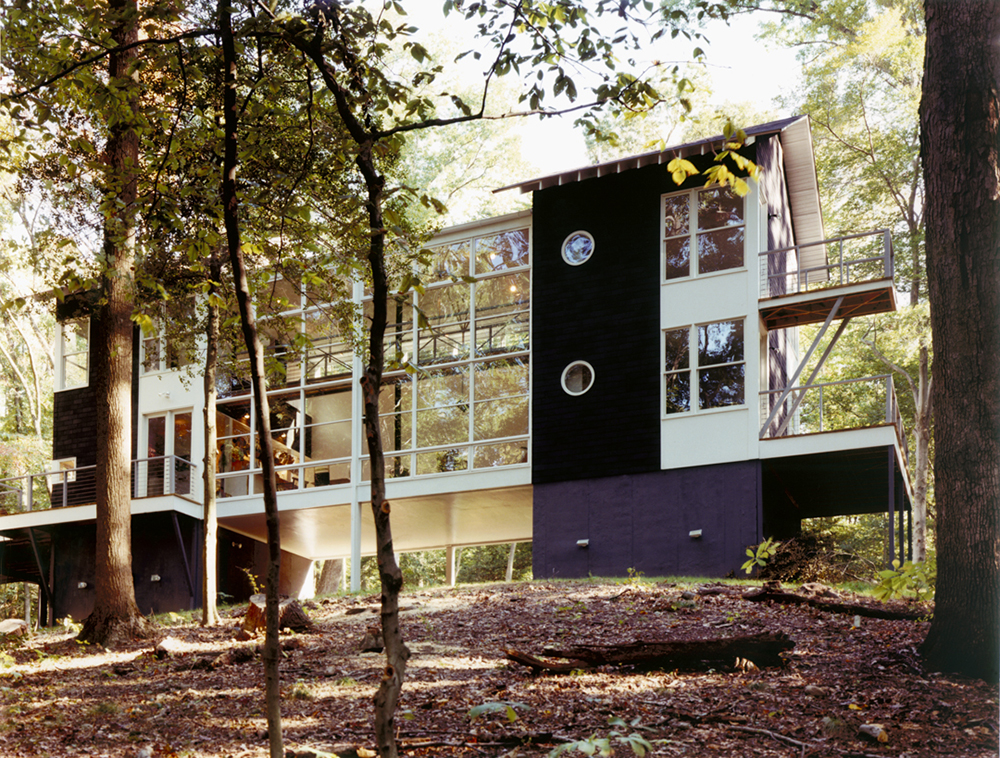 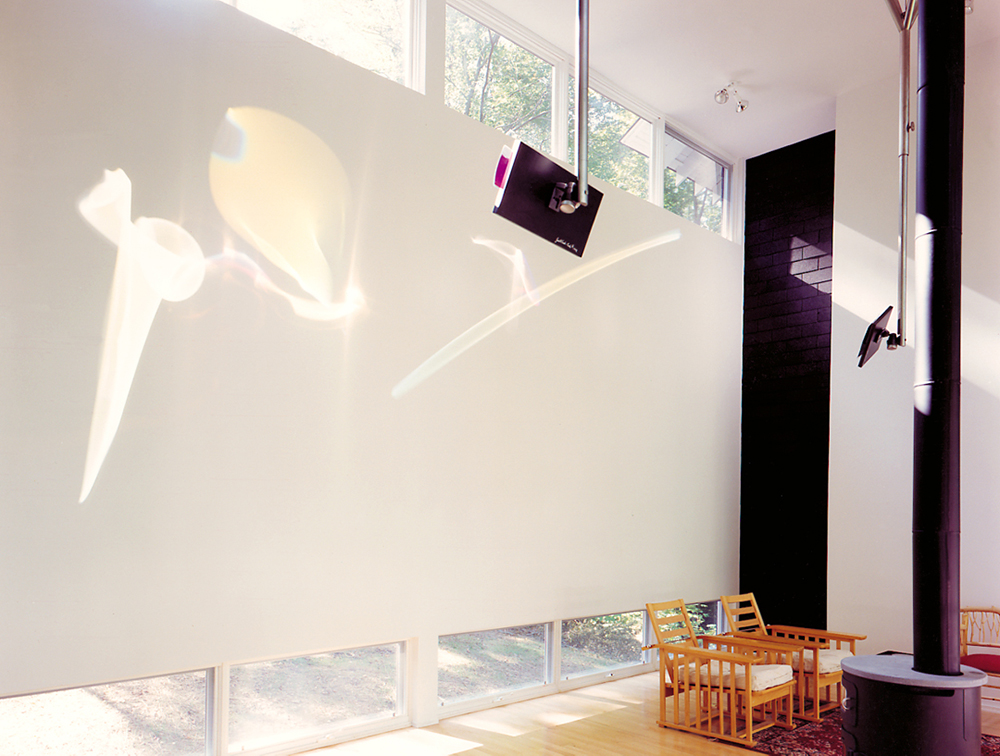 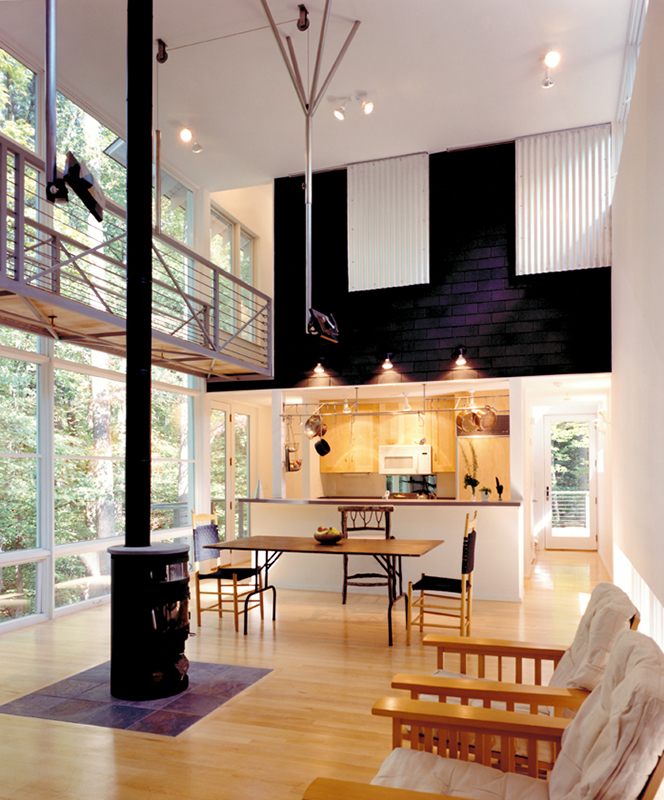 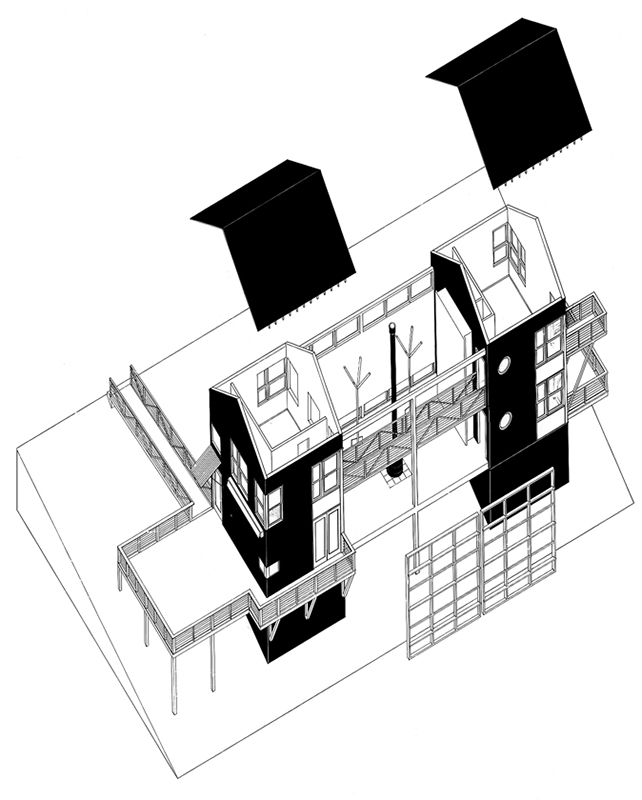 Custom Home Project of the Year, 1999

This tiny house, designed for a professor of art history, occupies a wooded 10-acre site in rural Maryland. The client, who grew up in New England in a house designed by Dan Kiley, asked for two things: simple and inexpensive cabin in the woods in the spirit of the Kiley house, and the proper setting for a commissioned artwork, a sun drawing by artist Janet Saad Cook.

The cabin exists in the two asphalt-shingled, tightly functional wings. Saad Cook is in the middle, in a metal and glass room that bridges the wings. This space, which houses the living and dining areas, is designed around this piece. Here, the sun drawing projects reflected images, which change with the movement of the sun and clouds, onto a wall-an ephemeral response to place, time and architecture. The glass wall is to the north, and the second-story bridge that connects the two wings runs in front of it. This allows the south wall to receive the projected image on a billboard-like surface, which itself allows south light in only at the floor and ceiling