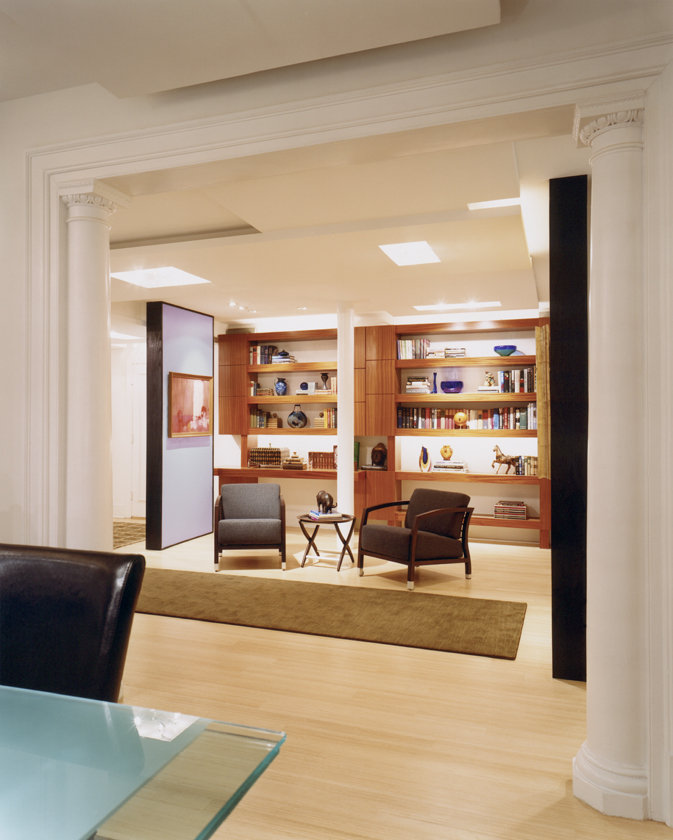 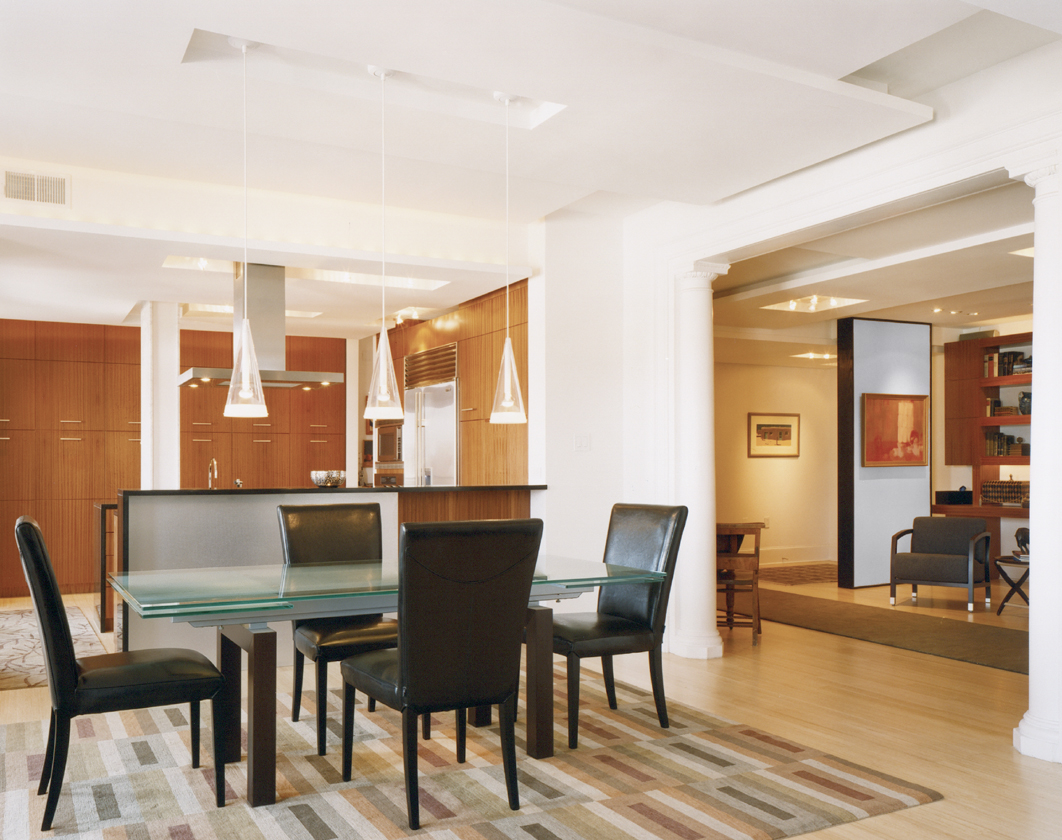 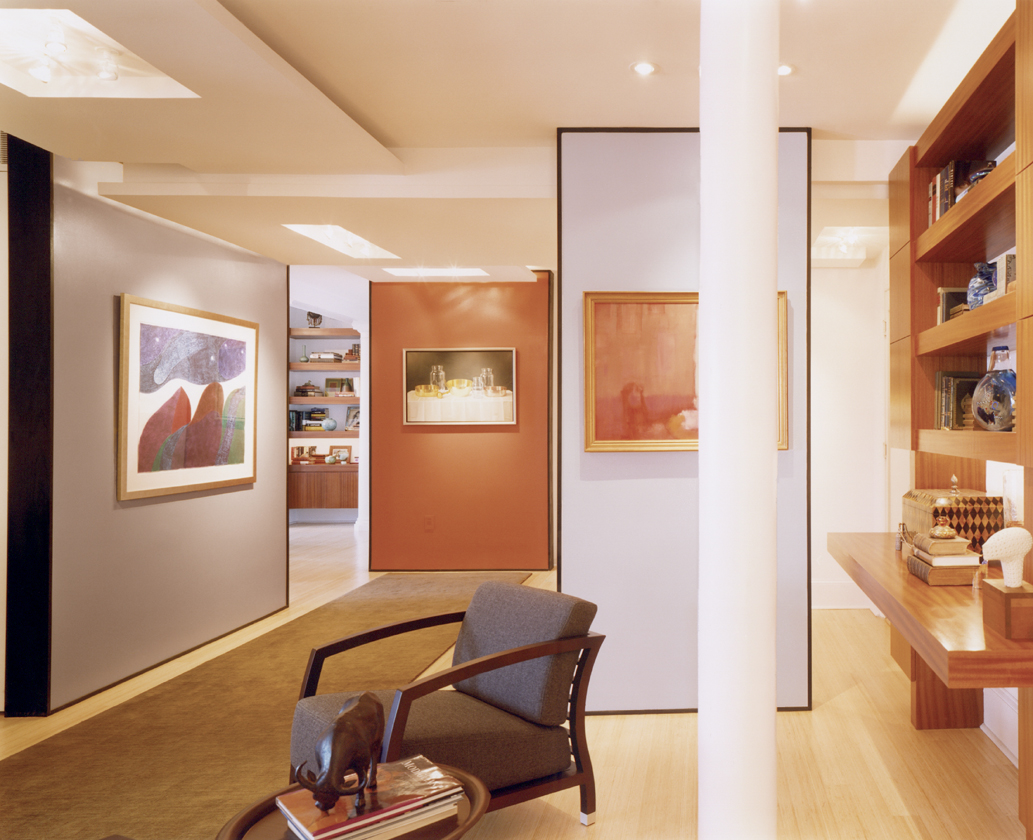 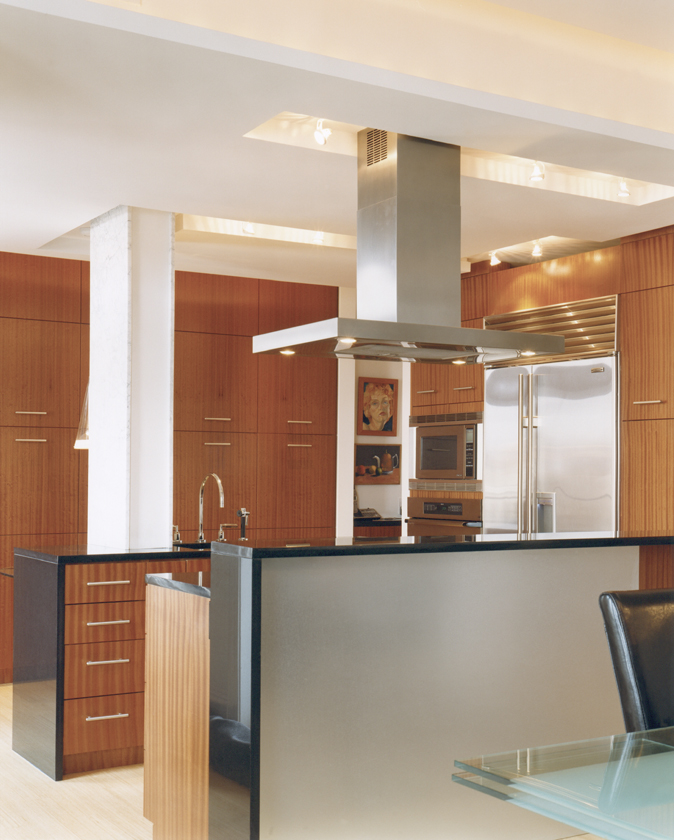 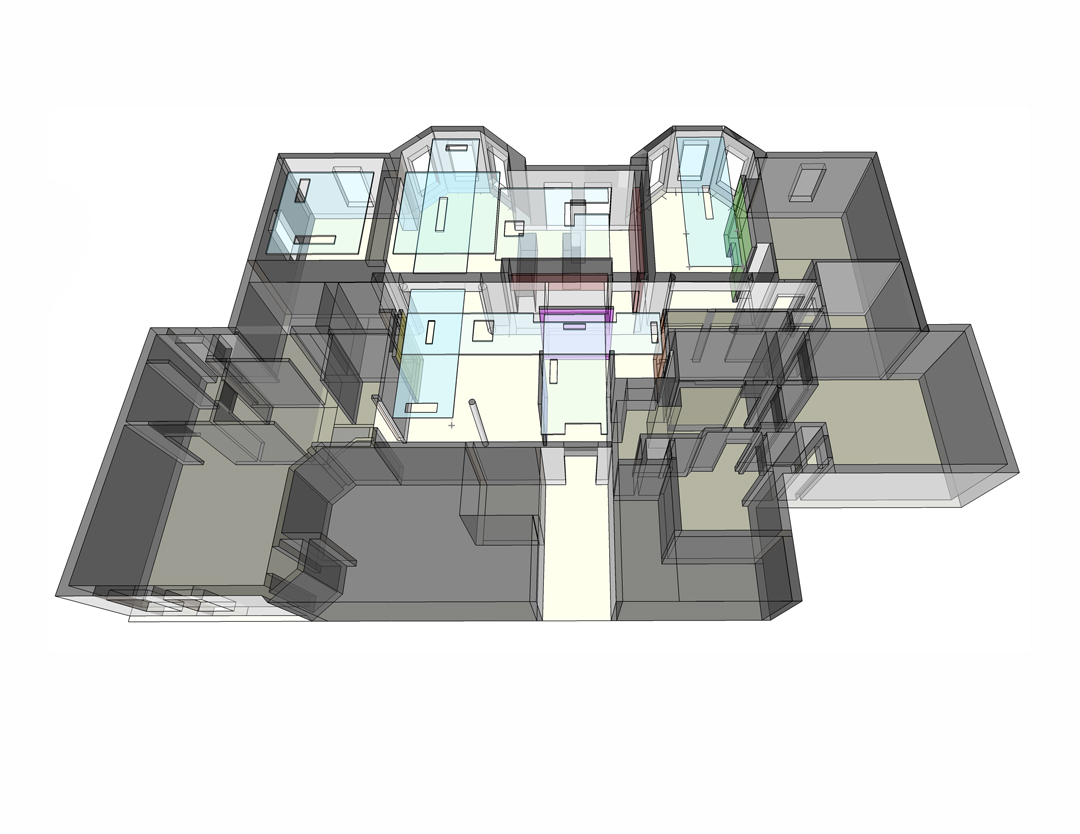 Built in 1905, this Beaux Arts building is one of Washington's grand urban apartment buildings created during the early 20th century expansion north up Connecticut Avenue. When the building was renovated in the 1970s, the unit that our clients later bought was combined from parts of three of the original 5th floor units. The result was a warren of small, poorly-lit and disconnected rooms with clumsy circulation. We opened the kitchen to the adjacent living and dining areas to create a large open space to take advantage of views to the north. We then structured the entry sequence with a series of free-standing planes and cut-out soffits to define path and place. The original windowless dining room has been reinterpreted as a library. Lighting, color and material have been used to gracefully introduce a modern spatial sequence into this classic traditional building.